Signup for news and special offers! 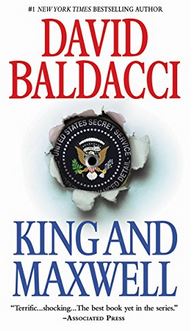 This engaging duo of former secret service agents is hired by a lone man up against the establishment. But in this case the establishment is the US military and the lone man is 15-years old. He wants to know what’s really happened to his father who supposedly died on oversees assignment. When his father contacts him, the teenager hires Sean King & Michelle Maxwell, now private eyes, to find out what really happened. They quickly get pulled into lies & conspiracy at the highest levels of government. Nonstop action…and with their abundant banter, an entertaining read.