She’s living proof that 55 is the new 35, but this case could send the rookie P.I. into permanent retirement…

Private detective Ronnie Lake has a few wins under her belt, but she’s still proving she’s got what it takes, including to her biggest critic…herself. Eager to solve more crimes, the recently-licensed sleuth accepts a job to track down a young runaway. Her search quickly points to a far more sinister crime.

Sniffing out clues with her loyal German Shepherd, the determined investigator uncovers a brutal crime and meddling authorities. The abduction may be part of a dark conspiracy that’s out of her league, and following a trail that leads to shadowy powerbrokers could put her directly in their crosshairs.

Can she solve the case before one missing person turns into two dead bodies?

A smart heroine, fast-paced action, and now a dash of political intrigue, Hush, Hush is the page-turning stand-alone fourth book in the Ronnie Lake Series.

Be sure to enjoy the bonus to Ronnie Lake’s story in the first several chapters of Traffic, the fifth stand-alone novel in the series.

"A smartly plotted mystery thriller with a strong female protagonist - and a very cool dog! A FINALIST and highly recommended." - The Wishing Shelf Book Awards 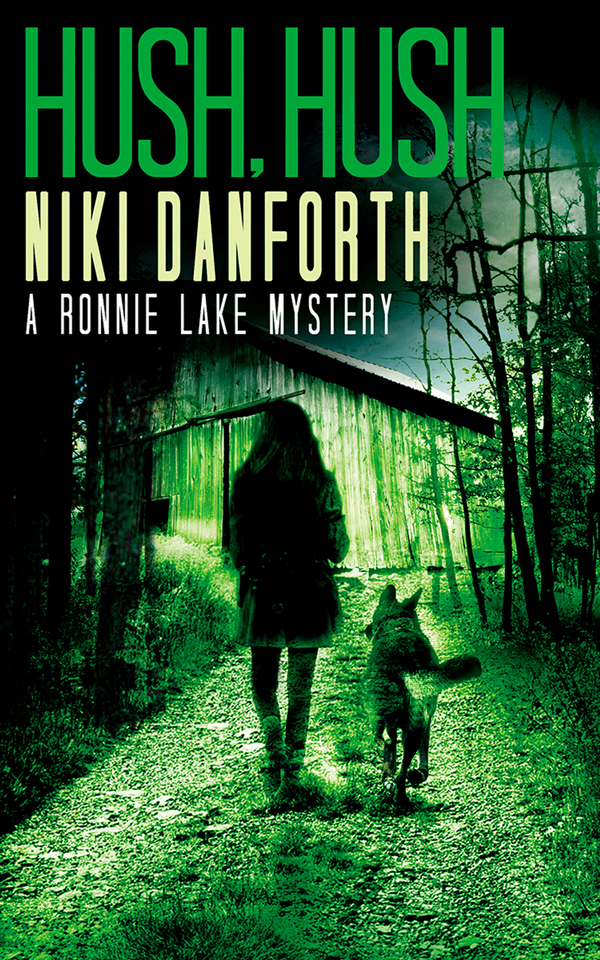 “It’s a fast, hood down race with no brakes. Ronnie Lake jumps out and hugs you tight. She has a dog, cool car, and a nose for mystery…It’s a damn good intriguing read. It has murder, political shenanigans, red herrings flopping about on the dock, and characters that you can cheer for, and many villains to boo.”
– Amazon customer

“I love that Ronnie Lake is a middle-aged Private Investigator heroine (I wish there were more women over 50 in books) and I love that she is sassy yet still vulnerable…this was a great page turner with a well thought out plot. You don't need to have read the other books in the series to enjoy this story. Niki Danforth is definitely a writer I will return to.
– Amazon customer

“The complex plot, which embroils everyone from a college professor, a senator, his wife, to the missing coed’s friend, keeps us guessing…and I like how Ronnie creatively brings us along into her process in solving the case! Though this is book 4, it reads well as a stand-alone. (And does a great job of inviting readers to read the others!)
– Amazon customer